Home Opinion Recessions, Inflation, Deflation, and Economic Hurricanes
Our website publishes news, press releases, opinion and advertorials on various financial organizations, products and services which are commissioned from various Companies, Organizations, PR agencies, Bloggers etc. These commissioned articles are commercial in nature. This is not to be considered as financial advice and should be considered only for information purposes. It does not reflect the views or opinion of our website and is not to be considered an endorsement or a recommendation. We cannot guarantee the accuracy or applicability of any information provided with respect to your individual or personal circumstances. Please seek Professional advice from a qualified professional before making any financial decisions. We link to various third-party websites, affiliate sales networks, and to our advertising partners websites. When you view or click on certain links available on our articles, our partners may compensate us for displaying the content to you or make a purchase or fill a form. This will not incur any additional charges to you. To make things simpler for you to identity or distinguish advertised or sponsored articles or links, you may consider all articles or links hosted on our site as a commercial article placement. We will not be responsible for any loss you may suffer as a result of any omission or inaccuracy on the website.
Opinion 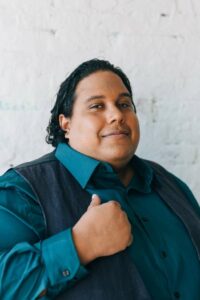 By Cameron Cowan, Founder at The Cameron Journal

If you’ve seen any news over the last several weeks, you’ve probably seen headlines announcing economic armageddon. There’s talk about a recession in the air, and everyone feels the effects of inflation at the gas pump, the grocery store, and pretty much anywhere else things are bought. So, are we heading for an economic crisis, and if we are, what can regular people do to survive?

This year the US Federal Reserve bank has already raised interest rates twice in hikes that haven’t been as high since 1994. This is because the Fed prefers that inflation stay around 2% per year. In 2022, inflation rose to 9.1% by some measures. By raising the cost of borrowing money for banks, the Fed raises the interest rates on savings, home mortgages, and other forms of debt. The goal is simple: if it’s expensive to borrow money, people will borrow less, spend less, and demand will go down. However, it is essential to note that in the last press conference with Federal Reserve Chairman Jerome Powell, he remarked that most of the causes of inflation were “things we cannot control.”

The inflation problem right now is global. Over in Europe, the ECB, which controls the Euro, is also trying to fight inflation and economic recession. The War in Ukraine and the ban on Russian oil imports (which started in December) led the Eurozone to a recession. The cost of living in the United Kingdom has skyrocketed, causing the Bank of England to raise interest rates. The UK is also finally feeling the effects of Brexit, and the economic fallout is far worse than the Leave campaign promoted. In that case, the Remain camp was right about its dire predictions. People throughout Europe feel inflation whether they use pounds, euros, or kronor. The Euro is nearly at parity with the US dollar right now, which has been unheard of since its introduction in 2002.

A variety of factors cause inflation. There are the upheaval from the Russian invasion of Ukraine, excess spending by governments during the pandemic to stave off the worst economic effects of Covid-19, and ongoing supply chain issues that are only now just being unclogged. China is also a factor between its disastrous zero-Covid policy and constant economic turmoil; many things are happening within the global economy that could soon spiral out of control.

The United States has had two consecutive quarters of GDP growth, which, despite the White House’s attempts to redefine “recession,” means that the US is in a technical recession. The bulk of the loss of GDP growth is from rising prices and reduced disposable income on the part of consumers. During the pandemic, people put away $2 Trillion in savings. First, they attempted to buy goods; failing, they tried to purchase experiences. Neither stores nor the hospitality industry was ready to meet that demand, and prices rose. Much of that money is still sitting on the sidelines.

In a private call to investors of the bank, Jamie Dimon from J.P. Morgan Chase said that the US was headed toward an “economic hurricane.” He has run America’s largest bank for nearly 20 years and has weathered the dot-com bust and the 2008 Great Financial Crisis; if he is looking at the data and making the bank’s balance sheet “more conservative,” then that is an indicator of what is coming economically.

The US economy is not as strong as it seems, and we are in an odd place where we are in a technical recession while also having historically low unemployment and rising wages. This juxtaposition of economic data forces us to recall a term from the 1970s: stagflation. This problem is made worse by the fact that against other currencies, the US dollar is strengthening, which makes US exports more expensive and reduces growth.

In Europe, the pandemic was managed differently than in the United States. More people were paid to stay at home, and shutdowns were more pronounced. As a result, as the economy started to come back to life, the price of anything and everything went up. Combine this with some contentious elections and the war in Ukraine and even Germany, the economic heart of the Eurozone is headed straight for a recession. This will have consequences throughout the continent, and for countries like Greece, Italy, Spain, Portugal, and even Germany, debt service could become a real problem.

The situation in China is quite dire. The zero-Covid policy has created havoc for the Chinese people and global supply chains. However, China also has a debt crisis. Their real estate sector, the only way the average Chinese person could store wealth, is in the middle of a collapse. Evergrande is the classic case of a real estate company that borrowed far more money than it should have and is now essentially in government receivership. However, with empty apartment buildings dotting the country and people refusing to pay mortgages on unfinished properties, the real estate debt bomb in the Chinese market is only beginning.

I have argued that China has had a debt problem for ten years, and no one took me seriously. It is evident that China has a problem, and because the numbers are unreliable, we don’t know how far that debt problem goes. The real estate bubble is just one problem. China also has flagging domestic demand for its products, which leaves it with a tremendous trade surplus. It is nearly impossible for the government to achieve its goal of reducing its dependency on exports.

No matter where you look on the planet, all the major economic players have trouble. The US has stagflation, Europe’s economy is weak at best, and China may face a massive crisis that it cannot solve quickly. This all adds up to some challenging economic times ahead. Any hiccup from China, the US, or Europe in previous recessions could cause a global recession. With all three areas heading towards recession, this could lead to what some people are calling a global economic meltdown.

What can you do?

Keeping all of this in mind, what can the average person do to secure their finances in the face of these tough economic headwinds? Here are a few ideas on how to prepare:

When inflation is rising, and the central banks are attempting to reduce inflation, having less debt is crucial. Credit cards will raise interest rates, and you don’t want to get caught up with paying down debt with more expensive dollars. If you can do it, pay down your debt.

Cash is king in any sort of economic recession. Money will help you navigate the challenging times ahead and float you through a layoff or other job loss. One of the best things you can do is reduce living costs. Now is the time to cut back on unnecessary subscriptions and additional day-to-day living costs. Those who have money always survive recessions better than those who don’t. It’s an unpleasant fact, but it is a simple truth.

And then don’t check them! Remember, investing is a long-term game. Recessions last an average of 18 months, meaning that if you look at your portfolio while the volatile stock market, you might give yourself a heart attack. Diversify and then leave your portfolio alone until the economic storm passes by. Growth and better economic times will return.

Staff keen to bring green spaces into the...

Five trends retailers should be aware of in...

Shoppers flip behavior from 2021 as they buy...

Freelancers must brace themselves for a tough 2023