Home Business Prophetic Leadership in the Era of DEI
Our website publishes news, press releases, opinion and advertorials on various financial organizations, products and services which are commissioned from various Companies, Organizations, PR agencies, Bloggers etc. These commissioned articles are commercial in nature. This is not to be considered as financial advice and should be considered only for information purposes. It does not reflect the views or opinion of our website and is not to be considered an endorsement or a recommendation. We cannot guarantee the accuracy or applicability of any information provided with respect to your individual or personal circumstances. Please seek Professional advice from a qualified professional before making any financial decisions. We link to various third-party websites, affiliate sales networks, and to our advertising partners websites. When you view or click on certain links available on our articles, our partners may compensate us for displaying the content to you or make a purchase or fill a form. This will not incur any additional charges to you. To make things simpler for you to identity or distinguish advertised or sponsored articles or links, you may consider all articles or links hosted on our site as a commercial article placement. We will not be responsible for any loss you may suffer as a result of any omission or inaccuracy on the website.
Business

Prophetic Leadership in the Era of DEI 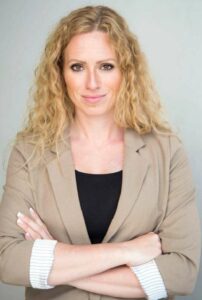 Well, I don’t know what will happen now. We’ve got some difficult days ahead. But it doesn’t matter with me now. Because I’ve been to the mountaintop. Dr. Martin Luther King, Jr.

Motel in Memphis. Those who heard the speech in person would later note its foreboding tone, as if King had a strong premonition that his time on the planet was nearing its end. Others were drawn to the sublime line “Because I’ve been to the mountaintop.” To many in this second camp of listeners, the mountaintop reference was an invitation to action, a call to join King at a high place and begin to see the world not as it is, but as it could be. MLK was a prophet, one of those rare leaders in the world who exhibit an uncanny ability to both name the trouble while simultaneously “rallying the troops” to rise above calamity and embrace a vision of a far better future.

Former University of Notre Dame President Theodore Hesburgh once quipped, “The very essence of leadership is that you have to have a vision. It’s got to be a vision you articulate clearly and forcefully on every occasion.” Said differently, there must be a prophetic element in effective leadership, the ability to imagine and articulate the possibilities out, well beyond the horizon. Prophetic leaders exhibit great courage as well, understanding that moving a swath of people toward an unrealized vision takes difficult conversations, the energy to overcome opposition, and fidelity to the vision of a better future.  I think this prophetic aspect of leadership is especially important if the leader is committed to the important work of Diversity, Equity, and Inclusion. More about that in a bit.

For this conversation, it’s important to hear “prophetic” not as a theological term, but as a simple descriptor of the kind of leader who has the ability keep the big picture before the people they are leading. James Kouzes and Barry Posner, authors of the Leadership Challenge, insist that “There’s nothing more demoralizing than a leader who can’t clearly articulate why we’re doing what we’re doing.” This is so true. I’ll add this: If you want to effectively articulate “why we’re doing what we’re doing,” then you need to have a firm grasp of organizational history, the present climate, and where you would like the organization – and the people who make it possible – to end up at some future point. For example, when MLK delivered his April 3 speech, he took his audience on a sweeping tour of the human experience of bondage and release. With the “difficult history” now articulated before the audience, King used the rhetorical phrase “But I wouldn’t stop here” to demonstrate how the contemporary struggle for equal protection under the law was the latest iteration of a movement toward full inclusion that began generations before. The masterstroke of the speech – the prophetic “I’ve been to the mountaintop” line – helped the audience shift toward a promising, yet unrealized future and acknowledge how they could all be a part of realizing the vision of the future. This, friends, is what leaders do. They help us all see the world as it is, and as it could be.

Prophetic Leadership in an Era of DEI

Forbes contributor Sangeeta Gupta notes that courage is one of the hallmarks of effective leadership in the DEI environs. Gupta says, “A good DEI leader must unflinchingly question the status quo in the face of resistance. They must also learn how to have uncomfortable conversations so that they can teach others how to do so. And they must do these things every single day, as it is the very nature of their job.” Dr. Nika White, noted DEI authority and author, adds “When it comes to the work of Diversity, Equity, and Inclusion (DEI), it is of utmost importance for leaders to genuinely believe in the initiatives and expectations they present to their teams.” Both luminaries understand how the qualities of prophetic leadership intersect with the DEI movement within organizations. It’s one thing to have a mountaintop view, an eye toward future possibilities. It’s quite another to believe in the future you see, clearly articulate it to those who look to you for leadership and have the courage to see the vision executed to its fullest potential.

Those engaged in the DEI movement are well served if they lean into King’s refrain, “But I wouldn’t stop there.” The truth is, the quest to build a more diverse, equitable, and inclusive world is the current iteration of the eons-old movement from bondage to release. Those of us called to this important work must be prophetic – standing on the mountaintop – so we can show others what we see.

Victoria is a 20+ year Corporate Executive and Board Director – she is currently a Managing Director at Accenture. Nicknamed the “Turn Around Queen” by former colleagues and employers, Victoria inspires and empowers her team and clients to change mindsets and drive growth in business, leadership and culture.

As someone who does not subscribe to the status quo, she is always ready for new challenges becoming one of the youngest Chief Operating Officers at the age of 24, a president by 35 and a CEO by age 41.

Victoria was recognized as one of the Top 30 Most Influential Business Leaders in Tech by CIOLook, 2021’s Top 50 Business Leader in Technology by Insight Magazine and a Mentor of the Year by Women in Communications & Technology in 2020. HSBC bank awarded her the Diversity & Inclusion in Innovation award in 2019 and she was IBM’s #1 Global Social Seller ranked by LinkedIn in 2019 and 2020.

As a prolific motivational and inspirational speaker, Victoria has delivered keynotes discussing the importance of personal branding and its impact on professional growth; being an empathetic leader in empowering employees; the power of DEI on corporate cultures and building a life of resilience.

Slipping over Mexico border, migrants get the jump on U.S. court ruling

BlueStar Extends EMEA Partnership with StayLinked to Include...

Payabl. enters its next phase of growth as...

How technology can help fitness franchises to differentiate...