Home News European shares end five-day losing streak, still down for the week
Our website publishes news, press releases, opinion and advertorials on various financial organizations, products and services which are commissioned from various Companies, Organizations, PR agencies, Bloggers etc. These commissioned articles are commercial in nature. This is not to be considered as financial advice and should be considered only for information purposes. It does not reflect the views or opinion of our website and is not to be considered an endorsement or a recommendation. We cannot guarantee the accuracy or applicability of any information provided with respect to your individual or personal circumstances. Please seek Professional advice from a qualified professional before making any financial decisions. We link to various third-party websites, affiliate sales networks, and to our advertising partners websites. When you view or click on certain links available on our articles, our partners may compensate us for displaying the content to you or make a purchase or fill a form. This will not incur any additional charges to you. To make things simpler for you to identity or distinguish advertised or sponsored articles or links, you may consider all articles or links hosted on our site as a commercial article placement. We will not be responsible for any loss you may suffer as a result of any omission or inaccuracy on the website.
News

By Anisha Sircar and Shreyashi Sanyal

(Reuters) – European stocks rose 2% on Friday, clocking gains for the first time in six days after key U.S. jobs data eased bets of a more aggressive Federal Reserve, but logged their third straight week of falls on concerns over a spike in energy prices.

Data showed U.S. employers hired more workers than expected in August, but moderate wage growth and a rise in the unemployment rate could ease pressure on the Fed to deliver a third 75 basis point interest rate hike this month.

“If wage growth continues to moderate along with prices for goods and services the Fed may find a window to ease back on the pace of hiking, an event that would surely set up a relief rally in equities,” said Peter Essele, head of portfolio management at Commonwealth Financial Network.

Investors sharply raised bets this week on a large 75 bps rate hike from the European Central Bank at its meeting next Thursday following hawkish commentary from policymakers and another record high inflation print in August. [GVD/EUR]

Money markets priced in an 80% chance of a 75 bps hike at the meeting, compared with less than 50% last Friday, per Refinitiv data.

Flows of Russian gas via the Nord Stream 1 pipeline to Germany remained at zero on Friday morning after Russia’s Gazprom halted supplies for a three-day maintenance outage on Aug. 31.

“I think the global economy, especially the European economy, remains hostage to what Russia decides to do with gas flows, at least for this coming winter. We just have to brace for more potential trouble coming that way from Russia,” said Andrea Cicione, head of strategy at TS Lombard based in London.

Ryanair firmed 2.0% as the Irish low-cost carrier saw a record number of passengers in August for the fourth straight month.

Philips slumped to its lowest level since July 2012 after a subsidiary of the Dutch medical device maker agreed to pay more than $24 million to resolve alleged false claims over respiratory-related medical equipment, the U.S. Justice Department said.

Lacklustre August sales by Volvo Cars pushed shares of the Swedish automaker down 1.9%.

Miners fell the most, shedding more than 6% this week as metals’ prices dropped on renewed concerns that China’s zero-tolerance COVID-19 policy and rate hikes would dent demand for commodities. [MET/L] 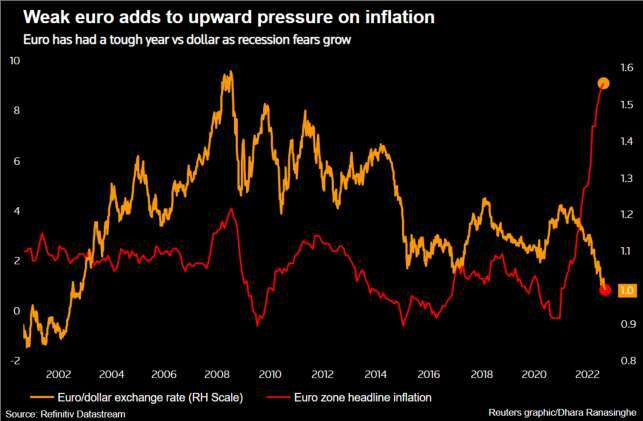