Home Business Compound Interest; Is the future of Semiconductors in Silicon?
Business

Compound Interest; Is the future of Semiconductors in Silicon? 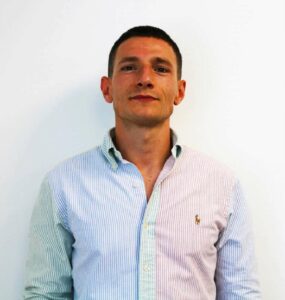 The semiconductor shortage has put chips on the front page of every newspaper, blog and tech website, shedding light on how important these tiny bits of tech are to society. Most commonly made from a single compound called silicon, these chips have been advancing at an exponential rate since becoming commercially available in the mid 1950’s. As researchers and developers refined semiconductors to be smaller, faster and more powerful, a new breed was born; compound semiconductors, and we believe they’re the future.

From transistors to semiconductors; where did it all begin?

Before we get ahead of ourselves, it’s important to look back to where it all began. In 1874, Karl Braun discovered and documented the first semiconductor diode effect, leading to the first semiconductor device, the ‘cat whiskers’, being patented in 1901. Developments in quantum physics led to the invention of the transistor in 1947 by Bell Labs, and the integrated circuit in 1958 by Jack Kilby of Texas Instruments. During these years, geranium, the base compound of early semiconductors, was replaced by silicon due to its ability to withstand greater heats, making transistors and integrated circuits more commercially viable for multiple applications. Fast forward almost 70 years and the semiconductor industry is now worth an eye watering $49.0 billion, and its helped to revolutionise society as we know it.

80% of the semiconductors designed, manufactured and sold today are still made from silicon, but it’s the other 20% that make the future of semiconductors so exciting. What silicon done for semiconductors was incredible, but what compound materials done next was revolutionary, and we’re only at the beginning.

The birth of the compound semiconductor

Whilst America is credited with inventing the semiconductor, the compound semiconductor was invented in South Wales by a cluster of companies, sponsored by the Welsh Government. SPTS Technologies alongside IQE, Newport Wafer Fab and Microchip invented this new generation of semiconductors; you want a smartphone that supports 5G, 6G and Starlink satellite compatibility? Then compound is what you need. These chips support much higher frequencies with much lower power consumption compared to their silicon counterparts, making everything from electric battery charging for automobiles, smart displays, face recognition in smartphones, large-scale direct view displays and even the Metaverse a possibility.

While compound semiconductors won’t replace silicon entirely, they will prevail in 4 main areas:

Connectivity: Everything from supporting 5G & 6G technology to linking between satellites.

Sense: Facial recognition (and all other 3D sensing task) eye-safe LiDAR for autonomous vehicles and infrared sensing for defence and industrial applications.

Display: MicroLEDs based on compound semiconductors can achieve ultra-high density and efficiency, making them ideal for the meta verse, wearable devices and smart displays.

The future of compound semiconductors

The future of these next generation chips is going to be nothing short of revolutionary. The Metaverse is only the first step towards the real world and the digital world becoming one, and compound semiconductors will be at the forefront of making it a real, seamless possibility. They will help to shape the next generation of smartphones, expanding upon their already enormous array of features and possibilities, they’ll allow electric vehicles to go further, charge faster and, with the help of AI and software, become truly autonomous. Advances in Biomedical devices, green energy, industrial and consumer IoT applications will all take strides as compound semiconductors are refined, leading humanity to a safer, greener future.

The life and death of Queen Elizabeth

Why Creating Culture Of Belonging Is Vital As...

How to succeed as a female entrepreneur

The Precautions for French Restaurants to Take Going...

Can the Right MDM for Android TVs Improve...

Pipedrive welcomes its 1000th employee to accelerate the...